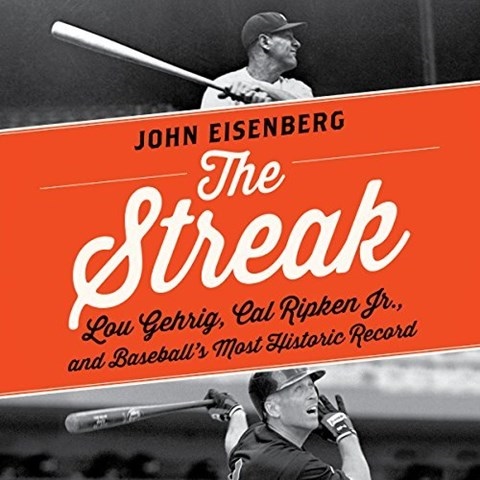 The consecutive games streak of Lou Gehrig, 2,130 games without taking a game off, remains the quintessential working-man standard of consistency and hard work--although his record was later surpassed by Cal Ripken, Jr. Kyle McCarley narrates this phenomenal look at why America had a love affair with The Streak. McCarley reads as a fan of the game. His excitement leaves one wanting the game not to end, let alone the audiobook. He understands that in a day when sports records are made be to be broken, these will stand for the rest of time. His enjoyment of the subject makes this audiobook perfect listening any time of the year for baseball fans. T.D. © AudioFile 2017, Portland, Maine [Published: NOVEMBER 2017]