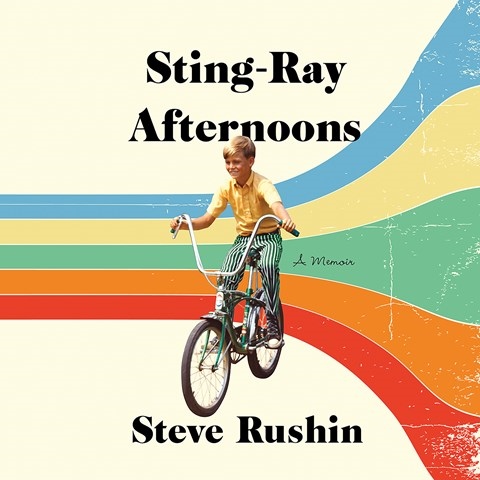 Narrator Greg Baglia reads this nostalgic memoir of boyhood with a nod to its humor and a poke at the psychedelic colors of the cars, bikes, and common household products of the 1970s. The features and history of each product are described in minute detail in an uninflected, unemotional tone. In this ode to growing up in a suburb of Minneapolis, Baglia takes on the role of the author at the age of 8, expressing his boundless curiosity about the world around him. Rushin's childhood is recounted with childish jokes and asides that range from silly to funny. Each scene is described exhaustively and delivered in one continuous stream, and the narrative is steady and intensely descriptive. M.B.K. © AudioFile 2017, Portland, Maine [Published: OCTOBER 2017]