Home»Reviews»THE OTHER HALF OF HAPPINESS 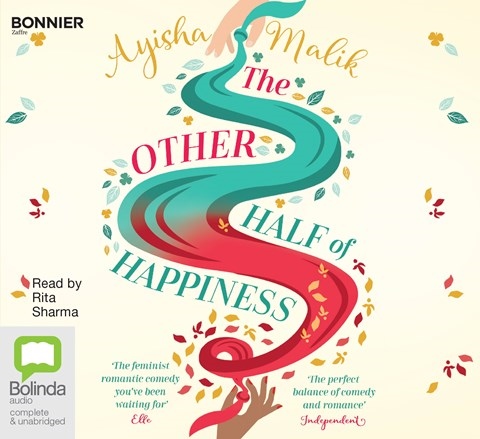 THE OTHER HALF OF HAPPINESS

Married life for a Pakistani Muslim named Sofia and an Irishman recently converted to Islam named to Conall is off to a rough start, especially as a mixed-race couple in Pakistan. Rita Sharma narrates this humorous novel with a predominance of British accents mixed with Pakistani, Afghani, and Irish accents. Sofia Khan is feeling guilty about eloping at the same time that her mother nags her to have a proper marriage. Life in a primitive Pakistani house lacking electricity and hot water is the background for arguments described in dated journal entries, chapters in Sofia's book on marriage, and a visit to family in Britain. As Sharma wrestles with the complex storyline and all the family characters, she rarely pauses between the narrative and emails or blog posts, which can be confusing. In addition, the volume shifts up and down on a regular basis, making the performance difficult to listen to. M.B.K. © AudioFile 2017, Portland, Maine [Published: NOVEMBER 2017]