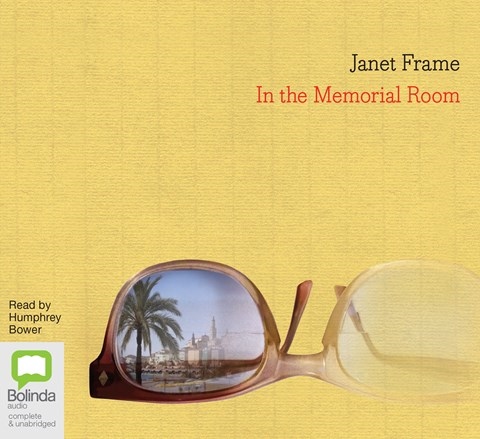 IN THE MEMORIAL ROOM

Beautifully written by New Zealand's Janet Frame, this comedy of manners pokes fun at literary wannabes who seek to enshrine the life and works of a local mediocre writer. Narrator Humphrey Bower manages to completely disappear into the hapless Harry Gill, the writer, who wins the Watercress-Armstrong Fellowship, a memorial to poet Margaret Rose Hurndell, whose work was once lavishly praised by now long-forgotten writers. Frame based Harry's experiences on her own turn as the 1973 Katherine Mansfield Fellow in Menton, France. Bower is quietly hilarious when Menton's mayor mistakenly shakes someone else's hand for a photograph with the award winner. He is wonderfully tender and understated as Harry, who at first is going blind, instead goes deaf. Frame's sentences are miracles of convolution, and Bower delivers them effortlessly. S.J.H. Winner of AudioFile Earphones Award © AudioFile 2017, Portland, Maine [Published: SEPTEMBER 2017]