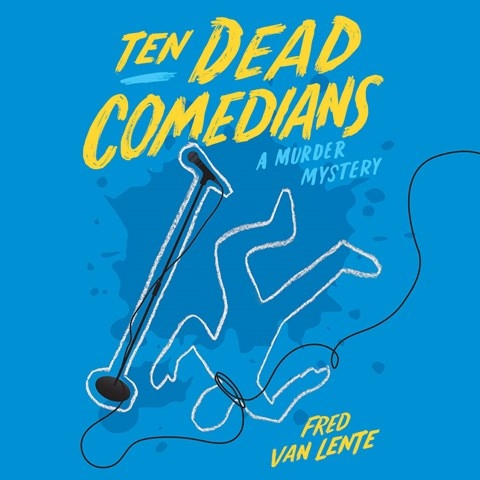 Narrator JD Jackson pulls off an impressive feat. He not only portrays 10 distinct comedians--ranging from a Joan Rivers knockoff to an ersatz Larry the Cable Guy--he also performs each of their stand-up routines as well. Without resorting to stock characterizations, Jackson infuses all the comedians with sufficient humanity that the listener cares when each meets his or her untimely (but creative) demise. The setup--derived from Agatha Christie's TEN LITTLE INDIANS--places a gaggle of comedians, each representing a different aspect of the comedy spectrum, on a remote Caribbean island where one of the not-so-funny people is killing the others off. The result is a tidy mystery and an entertaining riff on the state of comedy today. R.W.S. © AudioFile 2017, Portland, Maine [Published: SEPTEMBER 2017]