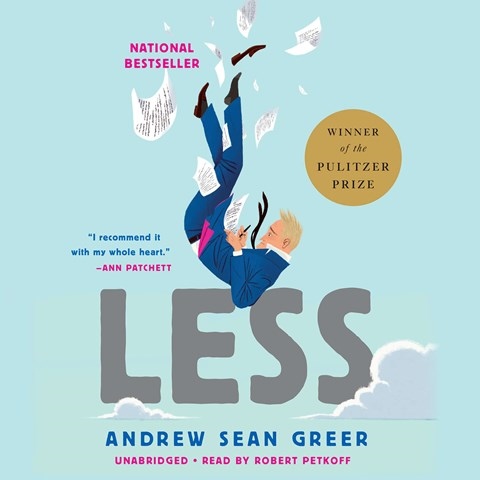 Robert Petkoff provides a steady narration of a story for word lovers. In an attempt to forget his 50th birthday and the impending nuptials of an ex-boyfriend, Arthur Less has accepted invites to literary events around the world. But he lives in a perpetual state of anxiety in which the smallest task causes him to be uncomfortable. So his globetrotting is not much different from his regular life, aside from some false cognates and other lost-in-translation issues—until the misadventures and state of discomfort become so much more than that. In this audiobook a clear delivery with thoughtful pauses means more than the portrayal of worldly accents. Arthur’s recounting of his life’s former passions—a famous writer and an older boyfriend—denote a loneliness that resounds in its simplicity. A.L.C. © AudioFile 2017, Portland, Maine [Published: OCTOBER 2017]