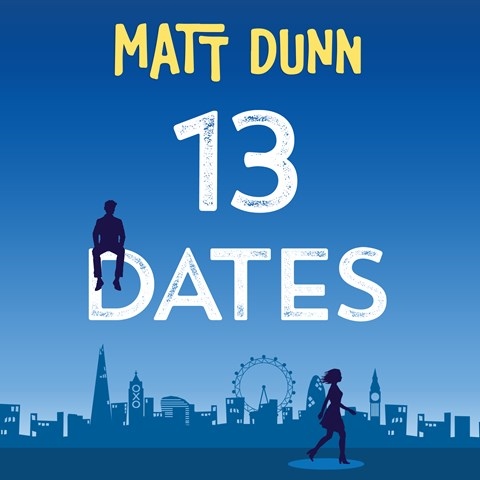 This performance by James Langton is a gift to all listeners who seek a wholesome, fun, and humorous narration. Socially awkward Noah meets the quirky yet romantically apathetic Angel at a coffee shop due to a mix-up, and after Noah is told by a friend that it only takes 13 dates to fall in love with someone, he decides to pursue this theory with Angel. As expected, most of his dates don't go smoothly, and the usual high jinks of romantic comedy ensue. Although the story itself can be clichéd, Langton's narration adds depth, making this a pleasing listen for a wide audience. Recommended also for listeners of chick lit. G.M. © AudioFile 2017, Portland, Maine [Published: SEPTEMBER 2017]