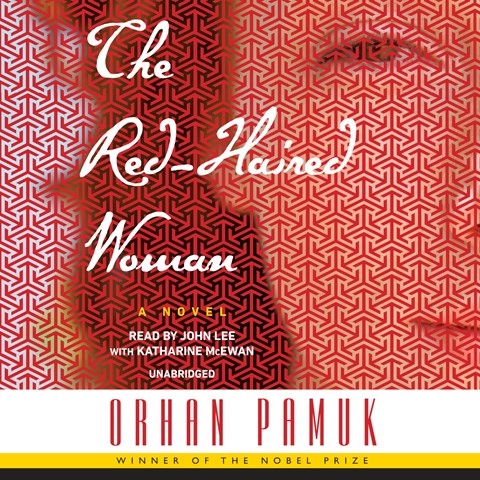 This audiobook by the celebrated Nobel Prize winner Orhan Pamuk is a slow, steady story narrated, for the most part, slowly and steadily by John Lee. Lee's resonant voice is appealing in its depth and timbre, but with a text heavy with exposition he never gets the chance to let that gift loose. The story of fathers and sons, lovers and losses moves too slowly to become an effective audiobook for most listeners. A young Turkish man's search for love remains one-dimensional despite his infatuation with the woman of the title. When narrator Katharine McEwan takes over for the third part of the novel, her pace and crisp intonation are a breath of fresh air. L.B.F. © AudioFile 2017, Portland, Maine [Published: OCTOBER 2017]