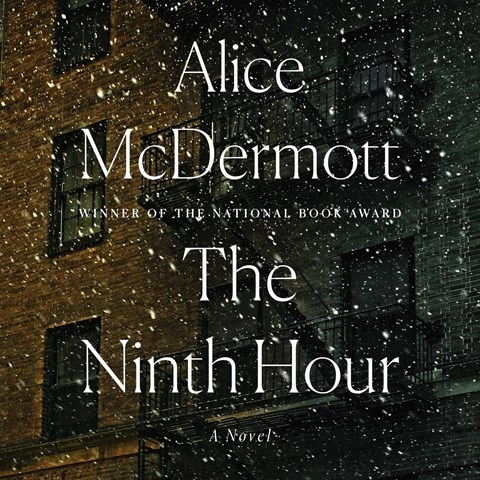 On a gray February afternoon in Brooklyn in the early part of the twentieth century, an Irish immigrant commits suicide, leaving behind his pregnant wife, Annie. Euan Morton narrates as Annie and her daughter, Sally, become involved with the nuns at the convent of the Little Sisters of the Sick Poor, who offer Annie a job in their laundry. Although some of Morton's accents are inconsistent, his steady, gentle delivery allows McDermott's elegant prose to shine. It's a quiet story about love and sacrifice that manages to be extremely moving without becoming sentimental or maudlin. Morton's performance similarly brims with emotion but never overflows. E.C. © AudioFile 2017, Portland, Maine [Published: SEPTEMBER 2017]