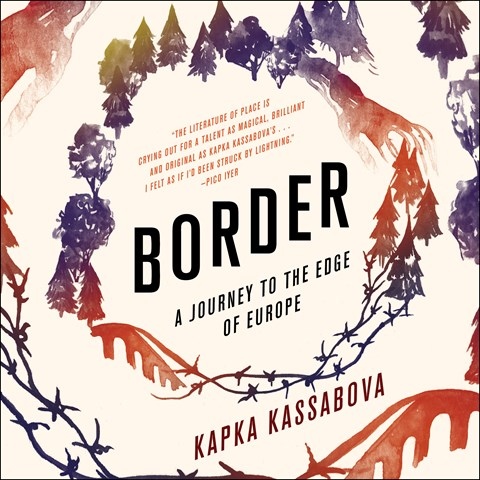 BORDER A Journey to the Edge of Europe

Kassabova's travelogue of Bulgaria, where she spent her early years, and its Balkan neighbors is given an effective narration by Corrie James. Kassabova describes the Balkans as the place that delineated the communist from the non-communist, and still delineates the Christian from the Muslim, Europe from Asia. It is also an area where place, people, and ideas interact. Many of the historical incidents described are tragic--for example, many East Germans tried to escape from communism via Bulgaria into Turkey with often tragic consequences--but we also hear of the farcical as well as the sublime. James's English accent is precise in enunciation, pacing, and expression. Overall, her delivery is academic in tone and sometimes a bit monotonous. Still, the work is fascinating, and one will learn much about an area that is often overlooked. M.T.F. © AudioFile 2017, Portland, Maine [Published: NOVEMBER 2017]