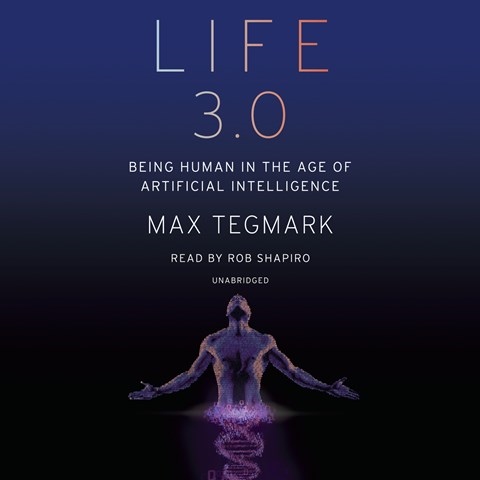 LIFE 3.0 Being Human in the Age of Artificial Intelligence

It's hard to believe that a machine could replace Rob Shapiro's effective, nuanced narration of this audiobook, but then again it was once hard to believe there would be driverless cars and voice-activated homes. We are witnessing the baby steps of artificial intelligence (AI) research. But what happens when machines become more intelligent than humans? Will malicious redeyed robots enslave humanity (not likely), or will man and machine become one ("the singularity"--or as it's known by nonbelievers, "the rapture of the Geeks")? Author Max Tegmark doesn't predict the future, but he lays out AI in an engaging style, particularly in the use of entertaining scenarios, read with flair by narrator Shapiro. R.W.S. Winner of AudioFile Earphones Award © AudioFile 2017, Portland, Maine [Published: NOVEMBER 2017]