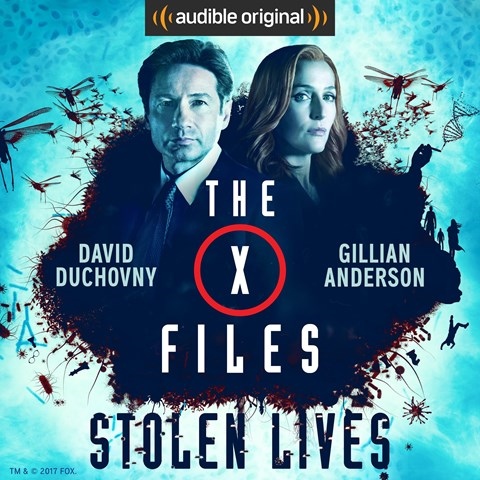 Gillian Anderson, David Duchovny, and other familiar voices return for this sequel to THE X-FILES: COLD CASES. The production values remain high, with outstanding sound effects, editing, and voice acting. Anderson is once again the standout, and Duchovny, after a flat performance in the first installment, livens up and sounds more like the Fox Mulder of yore. Supporting cast members Mitch Pileggi, William B. Davis, and the Lone Gunmen trio of Tom Braidwood, Dean Haglund, and Bruce Harwood add to the experience as they slip back into their iconic roles. The stories, though, are a mess. Convoluted plotting and poor writing plague both the overarching alien conspiracy and the stand-alone cases. Still, it's undeniably fun to hear the whole gang back together. A.T.N. © AudioFile 2017, Portland, Maine [Published: NOVEMBER 2017]