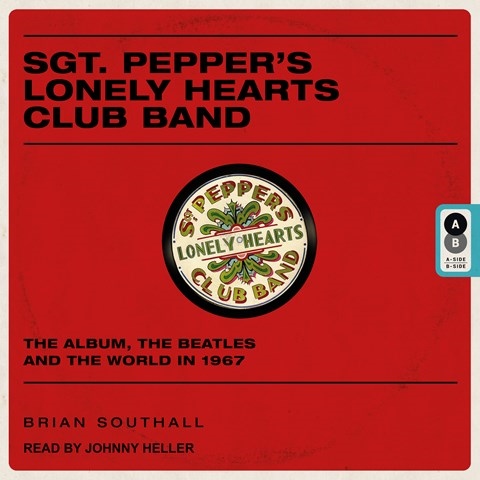 SGT. PEPPER'S LONELY HEARTS CLUB BAND The Album, the Beatles, and the World in 1967

Brian Southall makes the case that "Sgt. Pepper's Lonely Hearts Club Band" is the greatest Beatles album and celebrates the important year of 1967, when it was released. Johnny Heller's reading puts listeners in the studio with the Beatles as they create a musical sound as significant as the Beach Boys' "Pet Sounds." Southall tells the background of each song, such as how classic marches created the fairground effect on "Being for the Benefit of Mr. Kite." Along the way, Southall recalls how the Beatles grew out of the music they had played earlier as the Quarrymen, assesses the impact of "Sgt. Pepper," and wraps up with a 1967 timeline. The bite-sized anecdotes provide a fascinating introduction to the Beatles and their most famous album. J.A.S. © AudioFile 2017, Portland, Maine [Published: OCTOBER 2017]