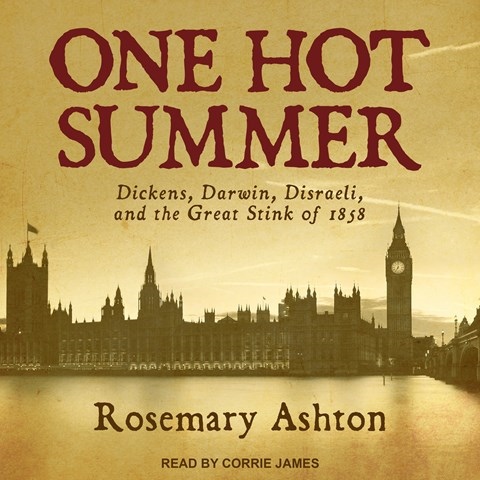 ONE HOT SUMMER Dickens, Darwin, Disraeli, and the Great Stink of 1858

The summer of 1858 proved to be the hottest, rankest summer on record in London. Narrator Corrie James takes listeners down the polluted Thames, giving them the ambiance and odors of Victorian England. The focus on three prominent citizens, Darwin, Dickens, and Disraeli--coupled with Parliament's attempt to solve the problem of the stench emanating from London's major river--gives James perfect fodder for this smelly but entertaining journey. The many facts she delivers include Dickens's error in announcing his marital separation to the public, Darwin's completion of his ORIGIN OF SPECIES, and Disraeli's success in getting the Thames problem solved in Parliament. Through it all, Ashton and James keep listeners focused on the significance of these events and capture the period with authenticity. E.E.S © AudioFile 2017, Portland, Maine [Published: OCTOBER 2017]