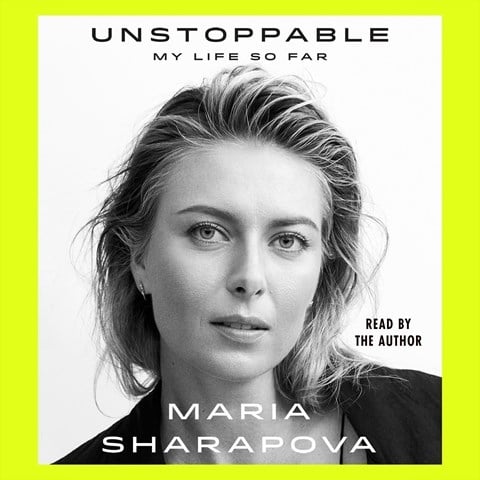 UNSTOPPABLE My Life So Far

The tennis star reads her life story, which is split into two halves: her formative years as a young girl with her father after they immigrated to the United States, and then her career on the courts. She reads with little intonation, save for occasional introspective moments, but she is clear throughout her story. It isn't the most stunning narration, but her background, take on her failed drug test, and glimpses of her life on the court, as well as relationships off of it, will be interesting to those who follow tennis. M.B. © AudioFile 2017, Portland, Maine [Published: NOVEMBER 2017]