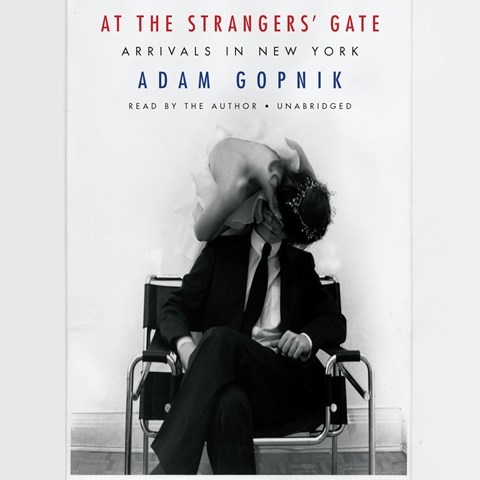 AT THE STRANGERS' GATE Arrivals in New York

Richly composed and expressively narrated, journalist (THE NEW YORKER) Adam Gopnik's audiobook is a memoir of sorts. He primarily recounts his and his wife Martha's relocation from Montreal to New York City in the 1980s. Gopnik is a highly skilled narrator with an expressive, sensitive style. His precise intonation strengthens a story that some might hear as one of luck and family privilege, replete with instances of "showing off." Too much of the book involves documenting the sizes, varieties, colors, and challenges of the tiny living spaces they shared with New York rats, roaches, and mice. The evolution of artsy SoHo into a neighborhood in which money interests predominate is portrayed within the context of Gopnik's dual loves-- Martha and The City That Never Sleeps itself. W.A.G. © AudioFile 2017, Portland, Maine [Published: OCTOBER 2017]