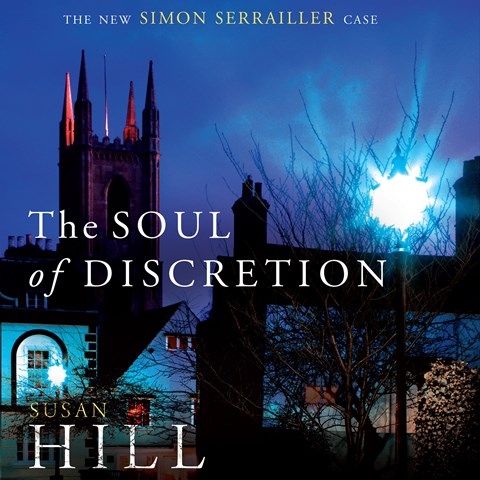 DC Simon Serrailler of Lafferton CID is lucky to have Steven Pacey speaking for him, and for every other character is this addition to Susan Hill's popular and long-running mystery series. Pacey brings definition to a wide range of male and female personalities, including old ladies and delinquent teens, and his slightly nasal narrative voice is clear, crisp, and welcoming. The tightly written and complex plot sends Serrailler undercover on a dangerous sex-abuse investigation. Meanwhile, his stepmother considers leaving his increasingly abusive father. And his sister, the doctor, tries to meet the needs of elderly patients who are ill-served by the National Health Service. Not all the threads in this rather dark story tie up neatly, but Pacey makes it a fully satisfying listen. A.C.S. © AudioFile 2017, Portland, Maine [Published: AUGUST 2017]