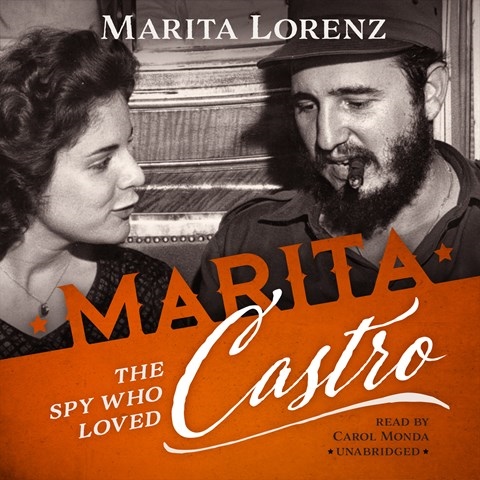 MARITA The Spy Who Loved Castro

Marita Lorenz was traveling with her father, a ship owner, when she met Fidel Castro. The passion in Carol Monda's voice as she narrates this first-person account suggests that Lorenz fell hard for the Cuban leader. But that didn't keep her from becoming involved with an an American plot to kill him. As she tells of that involvement, Monda's voice suggests an undercurrent of anger at the way she was manipulated. The pattern of passion and plotting continues through Lorenz's life story, with a former Venezuelan dictator among her lovers. She also hints of knowledge about the John F. Kennedy assassination and Watergate. Monda gives Lorenz a touch of pride in her voice, even as the author says she isn't proud of her story. J.A.S. © AudioFile 2017, Portland, Maine [Published: NOVEMBER 2017]