Home»Reviews»THE MAN FROM THE TRAIN 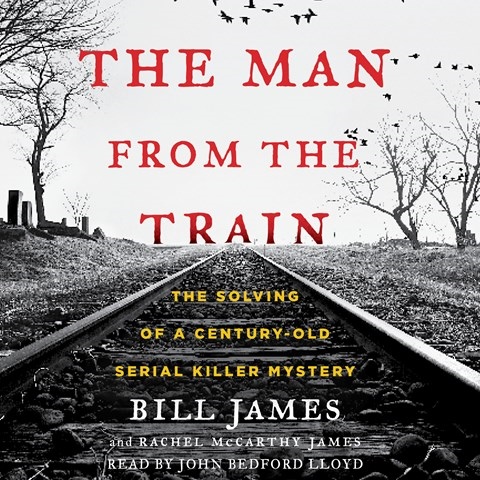 Narrator John Bedford Lloyd lends his commanding baritone to a grisly, fascinating exploration of a serial killer in early 1900s America. It's not that authors Bill James, a revolutionary baseball writer, and Rachel McCarthy James sensationalize the crimes. The facts of the cases--entire families murdered in their beds with the blunt side of an ax--are on their own difficult to bear. Lloyd's mostly businesslike narration mirrors the dispassionate, research-based approach on the page. He provides some levity, though, with the occasional sardonic remark or conversational aside, both signatures of James's writing. Listeners may occasionally feel overloaded with details, but it's worth the time to finally hear whom the authors point to as "the man from the train." A.T.N. © AudioFile 2017, Portland, Maine [Published: OCTOBER 2017]