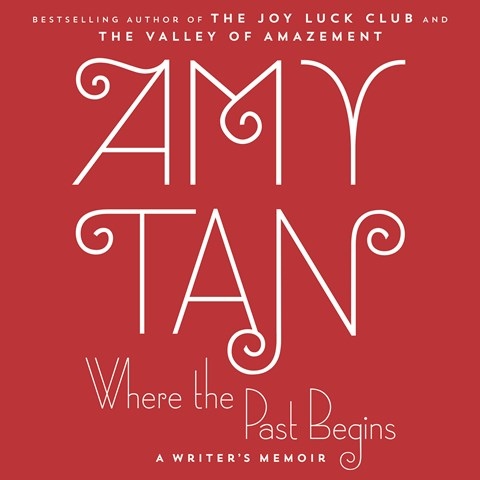 WHERE THE PAST BEGINS A Writer's Memoir

Add capable audiobook narrator to the list of Amy Tan's many talents. Her unique memoir is made all the more accessible and personal through her animated performance, which puts the emphasis on survival and perseverance instead of obstacles and hardships. In this nonlinear overview of her life, Tan talks not only about her struggles with health issues, her mother's bouts of depression, and the early deaths of her brother and father, but also about her current writing routine and relationship with her editor, her lifelong fascination with language, and her evolving love of music. Tan's rendering of her mother's Chinese-American accent carries both authenticity and respect and reminds listeners that Tan's perspective has been shaped by her status as a first-generation American. C.B.L. © AudioFile 2017, Portland, Maine [Published: NOVEMBER 2017]