Home»Reviews»WHAT IS IT ALL BUT LUMINOUS 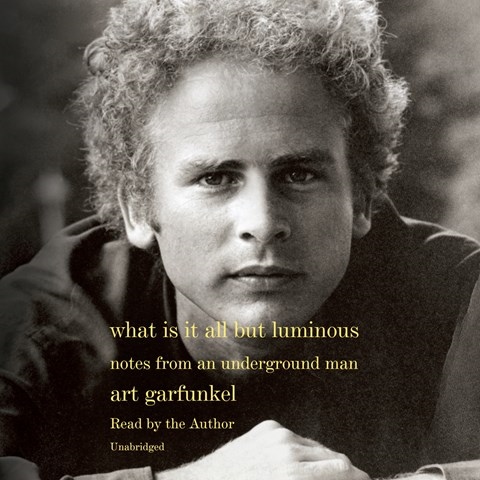 WHAT IS IT ALL BUT LUMINOUS Notes From an Underground Man

Art Garfunkel, who is known for both music and acting, has kept count of the books he's read over the years. His love of words becomes obvious as he celebrates both his career and his life aloud. He even rhapsodizes about the shape of the "A" in his first name. Garfunkel's writing is a lot like lyrics, filled with rhymes and meant for the ear. His soft voice gives his words a gentle rhythm. Most of his stories and thoughts are joyous, although he touches on painful topics such as his girlfriend Laurie Bird's tragic suicide. Garfunkel's stream-of-consciousness style is enjoyable from the beginning and becomes even better as it goes along and listeners get into the rhythm of his life. J.A.S. © AudioFile 2017, Portland, Maine [Published: SEPTEMBER 2017]