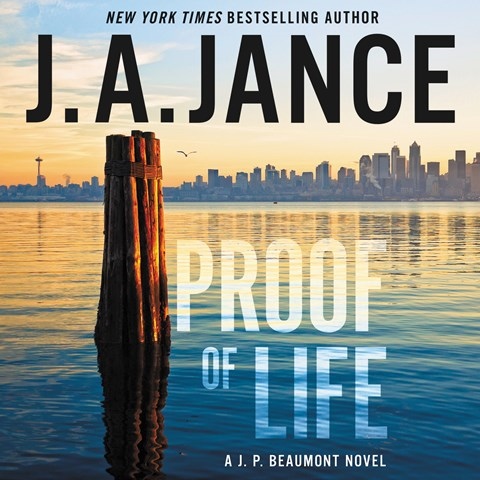 The 23rd book in the popular series finds J.P. Beaumont, now retired from the Seattle Police Department, latching on to the opportunity to investigate the death of his old nemesis, Maxwell Cole, who has been writing a book involving one of Beau's old cases. Narrator Alan Sklar's pace nicely matches that of the author--slow, patient, and deliberate. Sklar's low, resonant voice is easy to listen to and a wonderful fit for Beau. However, Sklar can't seem to adapt his voice for the female characters or clearly differentiate the secondary characters. The audiobook begins from a child's point of view, which is a jarring mismatch for Sklar's sonorous tone. Nonetheless, fans of the series may forgive all for the chance to go on another ride-along with Beaumont. E.Q. © AudioFile 2017, Portland, Maine [Published: OCTOBER 2017]