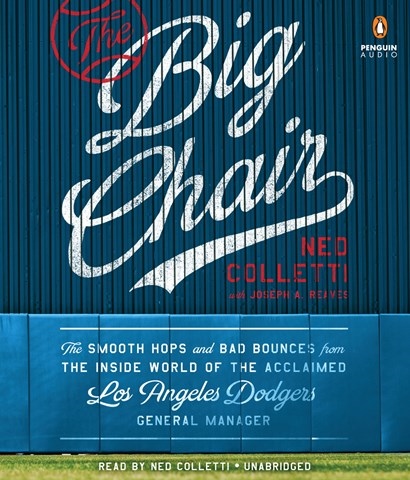 A veteran baseball front-office executive for three teams details his life from his upbringing in Chicago to the nitty-gritty of his tenure with the Chicago Cubs, the San Francisco Giants, and the Los Angeles Dodgers. Ned Colletti's authentic narration extends throughout the audiobook, which offers a great vantage point for any fan who wants to understand what a general manager goes through every day. His only shortcoming is a tendency to muffle the ends of sentences, but it doesn't take away from the listener's enjoyment. Colletti keeps a consistent pace throughout the audiobook, whose highlights include the nonstop nature of the job as well as details of the grueling interview process he endured before he landed the Dodgers job. M.B. © AudioFile 2017, Portland, Maine [Published: OCTOBER 2017]