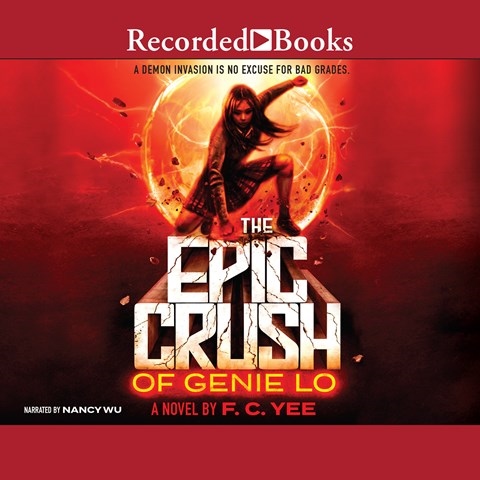 THE EPIC CRUSH OF GENIE LO

Once Genie Lo’s only concerns were college applications—that is, until the ancient Chinese Monkey King leapt upon her Silicon Valley school desk in the form of the scandalously handsome rebel Quentin Sun. Narrator Nancy Wu uses ample snark and deadpan humor as Genie balances her quest for the Ivies with Quentin’s quest to harness her newfound superpowers to defeat an army of Chinese demons. Wu is serious when Genie ponders the stereotypes of her Chinese-American culture, but entertainment is her primary goal. She humorously portrays Genie's stereotypical Asian mother as she fawns over Quentin, thinking him part of a socially desirable family, rather than the furry-tailed rabble-rouser from another millennium that he is. Imagine mythical Chinese characters as comic superheroes and villains, and you'll have the vibe of this campy adventure. L.T. © AudioFile 2017, Portland, Maine [Published: NOVEMBER 2017]