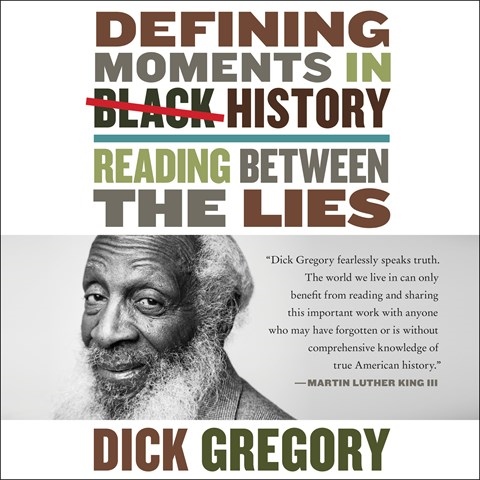 DEFINING MOMENTS IN BLACK HISTORY Reading Between the Lies

Comic Dick Gregory doesn't so much set the record straight as spin his interpretations of recent history through his firsthand lens and a handful of conspiracy theories. James Shippy proves to be the perfect narrator for such tale-spinning with a deep, resonant voice that delivers Gregory's prose rhythmically and tonally on cue. At times, when Gregory slides into full-on conspiracy theory--for example, alleging that Bill Cosby's son was killed as a result of Cosby's attempt to buy NBC--Shippy doesn't vocally hint at skepticism but rather plays it so straight that listeners may raise an eyebrow. However, Gregory's most powerful moments occur when he shares anecdotes on the personal relationships he has had with many well-known and lesser-known African-American leaders in the last 60 years. L.E. © AudioFile 2017, Portland, Maine [Published: NOVEMBER 2017]