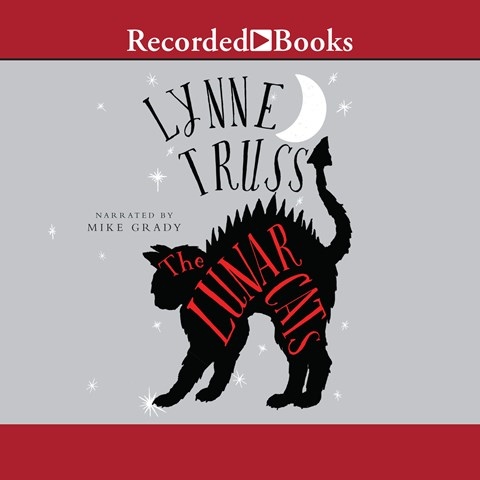 An imaginative tale featuring evil talking cats (ETCs, for short) is delightfully brought to life by narrator Mike Grady. A retired librarian receives an unusual research question: Was there a feline companion aboard the famous eighteenth-century voyages of Captain Cook's ENDEAVOR? It's an odd question, to say the least, but Alec Charlesworth is a conscientious researcher with unique past experiences investigating cats. Embracing the playful language and quirky characters, human and feline alike, Grady executes this offbeat mystery perfectly. A variety of British and feline accents are used, all of which are convincing and impeccable, and his comic timing shines. Ever heard an evil talking cat sing? Suffice it to say, it's memorable. A great crossover choice for family listening, especially for fans of dry humor. A.S. Winner of AudioFile Earphones Award © AudioFile 2017, Portland, Maine [Published: NOVEMBER 2017]