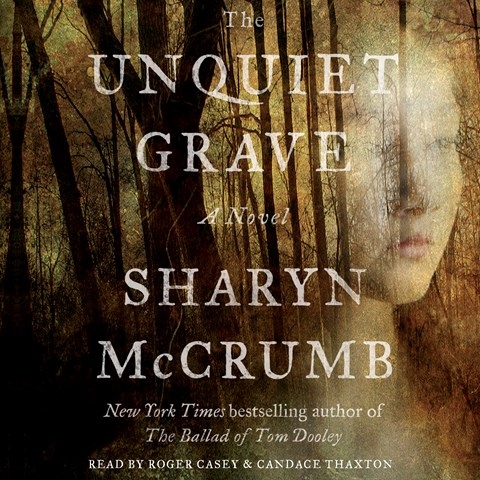 A true-life murder trial in 1897 and the legend of the Greenbriar Ghost offer rich territory for Sharyn McCrumb. In interconnected stories, narrators Candace Thaxton and Roger Casey give McCrumb's compelling characters consistent, believable personalities. Casey's male characters are authentic, including attorney James Gardner. In the 1930s, Gardner, an elderly black man, was consigned to an insane asylum after a failed suicide attempt. While there, he tells the story of how, in 1897, he defended a white man against a murder charge based on damning testimony from a ghost. In an equally strong performance, Thaxton completely immerses herself in nineteenth-century West Virginia. She animates each person, especially Mary Jane Heaster, who insists that the ghost of her murdered daughter appeared to her, claiming her husband murdered her. McCrumb's fascinating research and Thaxton's and Casey's top-notch performances make this must-listening. S.J.H. Winner of AudioFile Earphones Award © AudioFile 2017, Portland, Maine [Published: OCTOBER 2017]