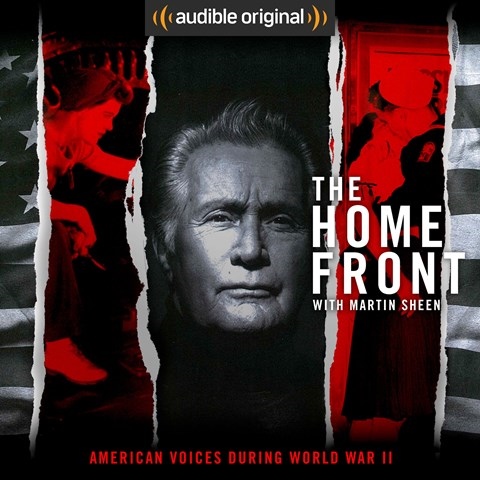 THE HOME FRONT Life in America During World War II

Audible's original audio-documentary is broken into stand-alone episodes, all narrated by the award-winning actor Martin Sheen. Life in America during the Second World War is experienced through the disparate voices of contemporary Americans who remember it and by the analyses of distinguished historians. The scope of the project is broad, covering such topics as how the war brought about cultural shifts, raised race and gender issues, and, ultimately, spearheaded a new age of massive weapons and big government. Sheen's authoritative, pleasing voice shows just the right degree of emotional heft. This audio experience, complete with music and sound effects, is fascinating and needs no visual component. D.L.G. © AudioFile 2017, Portland, Maine [Published: NOVEMBER 2017]