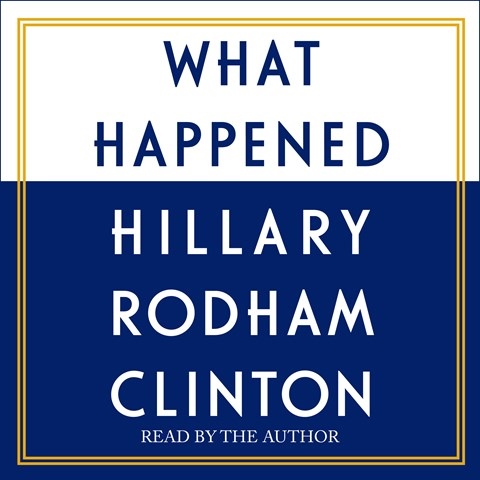 Hillary Rodham Clinton's book is pure Hillary--forceful, inspiring, yet humble. No one could deliver her story as she herself does, and she does it brilliantly. How does one recover from a defeat that, by all accounts, should have been a victory? As she puts it, losing is one thing--but "losing a race you'd thought you'd win is devastating." She performs the work with dignity, speaking carefully (as always) and letting the impact of her thoughts sink in. Trump supporters will hate the book, since she doesn't hold back her disdain for the man. The book tries to explain how she lost the election and, in doing, so raises many questions about how society treats women. And her fans will love the shots she takes at Trump. M.S. Winner of AudioFile Earphones Award © AudioFile 2017, Portland, Maine [Published: OCTOBER 2017]