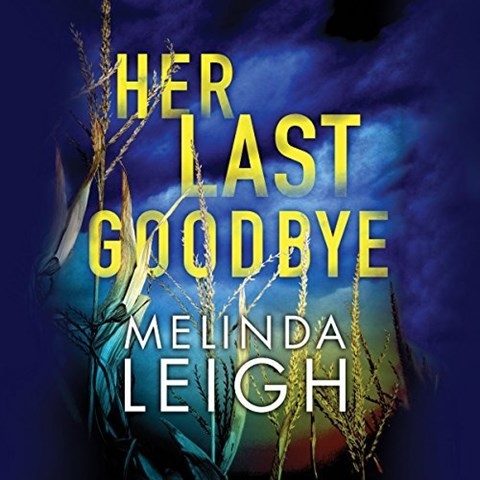 Narrator Cris Dukehart adds a touch of femininity to the continuation of Melinda Leigh's suspenseful series. Attorney Morgan Dane and Investigator Lance Kruger are hired to take on the case of Chelsea Clark, a mother who disappeared after a girls' night out. Morgan is determined to find out what happened and if the husband who hired her is or isn't to blame. Dukehart adds a charming yet spunky narration to the mystery. When representing a male character, she a deepens her voice in a way that helps set differentiate the dialogue. The inviting elements of the story compel listeners to find out what happened to Chelsea. Dukehart portrays Morgan as the unwavering, strong, and compassionate woman she is, making this an enticing series. D.Z. © AudioFile 2017, Portland, Maine [Published: DECEMBER 2017]