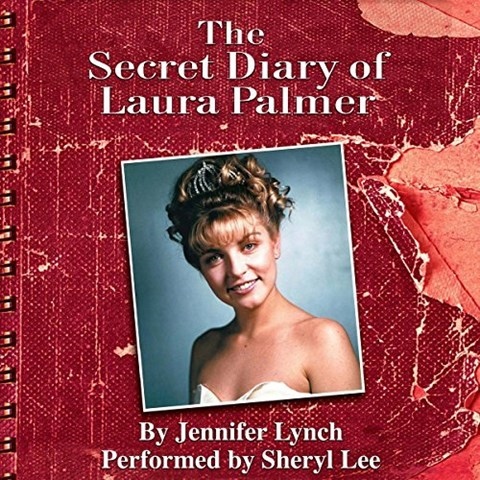 THE SECRET DIARY OF LAURA PALMER

AudioFile review pending. FROM THE PUBLISHER: Lifeless and wrapped in plastic. This is how Sheryl Lee was first introduced as "Laura Palmer" in the cult television classic, Twin Peaks. Now, Sheryl returns to voice Laura's darkest secrets in the audiobook event that fans of the show have long awaited. Commissioned by series creators Mark Frost and David Lynch and written by Lynch's daughter, Jennifer - who was told she was one of "three air breathing mammals to know the identity of Laura's killer" - The Secret Diary of Laura Palmer became an integral part of the Twin Peaks canon. The diary chronicles Laura's life from age 12 to her death at 17 and provides a harrowing backstory to the event that set the entire series in motion. In intimate diary entries, Laura goes from a happy and naïve tween to a tormented soul posing behind the phony smile of homecoming queen. Plagued by visions of a creepy man with long hair - a demonic presence she comes to know as "BOB" - Laura falls into a world of drug addiction, sexual promiscuity, and prostitution to escape. But as she's swallowed deeper and deeper into the abyss, Laura is forced to question the reality of who and what BOB really is. With hidden Easter eggs, glimpses at the origins of principal characters, and clues to the identity of her eventual killer, The Secret Diary of Laura Palmer is required listening for diehard fans of the original show, and essential background for the 2017 revival. [Published: ]