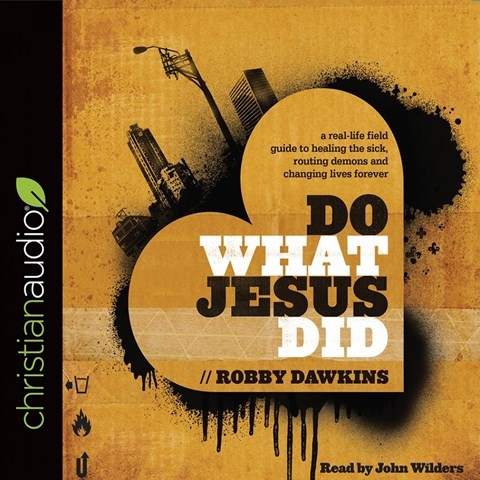 DO WHAT JESUS DID A Real-Life Field Guide to Healing the Sick, Routing Demons and Changing Lives Forever

John Wilders offers an even narration of this controversial audiobook by famed pastor and prophetic evangelist Robby Dawkins. Listeners will be fully engrossed as Dawkins describes engaging the supernatural. Wilders expertly walks the tightrope of seeking to entertain listeners through his performance while allowing the work speak for itself. As the author subjectively details his own experiences, Wilders simply reads what is written, allowing listeners to draw their own conclusions. Ultimately, this is a audiobook for Dawkins's followers. Most likely, those who disagree with Dawkins's ministry will not pick this book up, while those who have benefited from it or believe in it will certainly give it a listen. T.D. © AudioFile 2018, Portland, Maine [Published: JANUARY 2018]