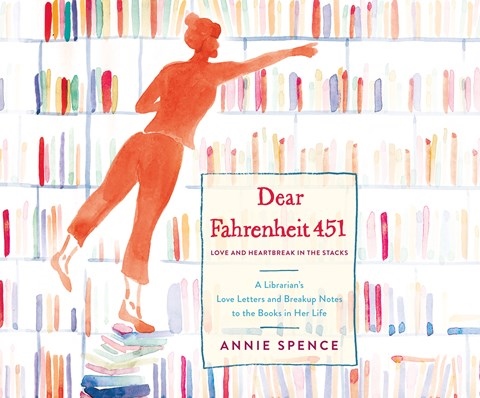 This audiobook, which contains conversations with and notes to a variety of books (and to a bookshelf while at a cocktail party), will resonate with many bibliophiles. While the listener will enjoy the humorous and often snarky missives, the frequently monotone quality of Stephanie Spicer's narration, especially during the "recommended titles for every scenario" portion, may leave listeners nodding off in drowsiness instead of nodding in agreement. Additionally, Spicer's pronunciation of "451" as each individual number ("four-five-one"), rather than in the standard way in which the well-known title is verbalized ("four-fifty-one"), makes for a disruptive listening experience during this lackluster performance. A.L.S.M. © AudioFile 2017, Portland, Maine [Published: NOVEMBER 2017]