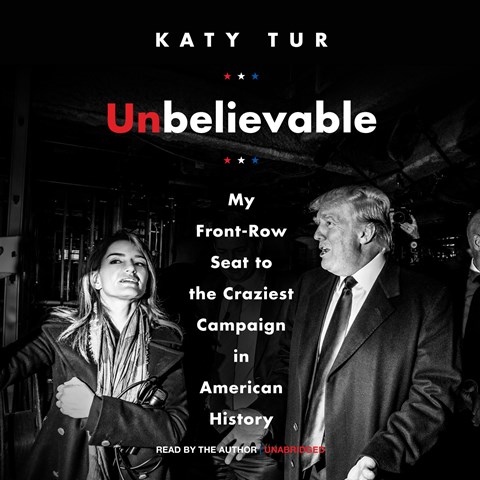 Reporter Katy Tur's increasing disbelief is crystal clear in her narration of her memoir about covering the Trump presidential campaign for NBC. Trump singles her out at campaign events, calling her a liar and "little Katy." Occasionally, she gets spat on, or she must be accompanied by security out of a rally. The job is a grind, too. She runs from plane to rally to hotel room and repeats it all the next day. As a reporter, she must keep up with each tweet; as a female reporter, she must keep up her appearance and not wear the same outfit twice. The sheer effort needed for all of it is palpable in Tur's performance. Amid her recollections, Tur makes a heartfelt appeal for the importance of truth and an independent media to a democratic system. A.B. © AudioFile 2018, Portland, Maine [Published: FEBRUARY 2018]