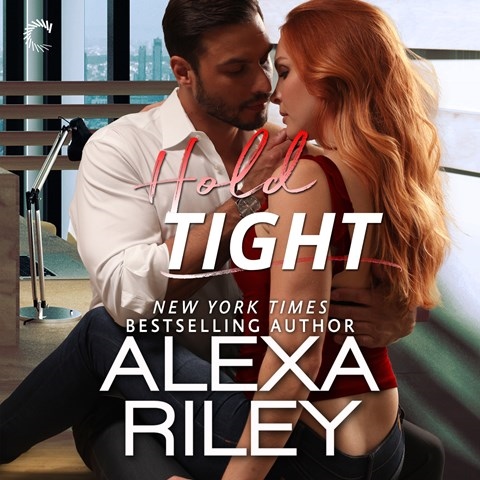 HOLD TIGHT For You, Book 2

Pandora Justice, portrayed by narrator Savannah Peachwood, is head of security when she meets hotshot consultant Royce Davenport. Narrator Tristan James doesn't disappoint as he delivers the role of Royce in a seductive and gravelly tone. Alexa Riley excels at writing quick, steamy reads, and this second novella in her series is sure to be a hit. Peachwood fully captures Pandora's strong-willed and independent personality as she meets her match in a handsome alpha-male. The chemistry between the characters and their narrators cannot be denied. K.D. © AudioFile 2017, Portland, Maine [Published: NOVEMBER 2017]