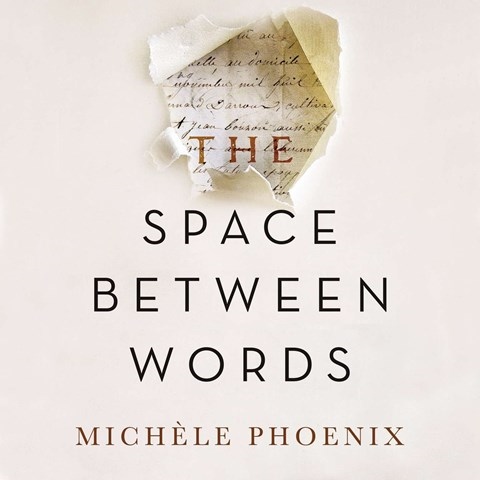 THE SPACE BETWEEN WORDS

Narrator Simona Chitescu-Weik has the complex task of melding two chaotic time periods in France in this compelling audiobook. Chitescu-Weik portrays Jessica, an American living in contemporary France, as a vague and indecisive woman. On a whim Jessica attends a rock concert on the night that terrorists attack the concert hall, and Jessica is wounded. Upon recovering, Jessica takes a trip to the French countryside, where she finds some hidden papers written by Adeline Baillard, a Huguenot teenager from seventeenth-century France, a period of religious persecution. Chitescu-Weik's portrayal of Adeline is quite different; she releases the French woman's passion and her conviction to endure her fate "with courage." Chitescu-Weik gives listeners a convincing portrait of what terrorism looks in different eras. E.E.S. © AudioFile 2018, Portland, Maine [Published: JANUARY 2018]