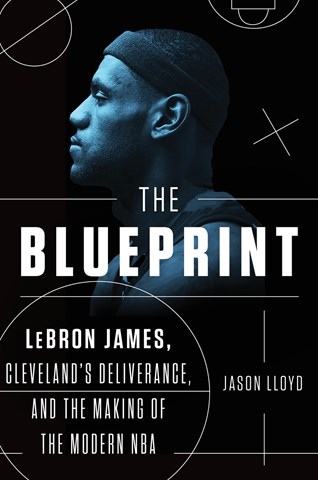 THE BLUEPRINT LeBron James, Cleveland's Deliverance, and the Making of the Modern NBA

The saga that Cleveland basketball fans (and, well, everyone in the sports world) watched unfold over several seasons receives a smart recap from the vantage of Jason Lloyd, a longtime beat writer in Northeast Ohio. LeBron James took the NBA by storm after he signed with his hometown Cleveland Cavaliers, left for Miami for four seasons, and then returned. Narrator James Patrick Cronin's tone is perfect as he details behind-the-scenes maneuverings and on-court accomplishments and foibles. He doesn't imitate anyone, and he's accurate and clear with his pronunciation. His voice rises appropriately during emotional moments--often alternating between incredulity and anger. Fans will appreciate the connect-the-dots approach Lloyd takes, along with Cronin's consistent narration. M.B. © AudioFile 2018, Portland, Maine [Published: JANUARY 2018]