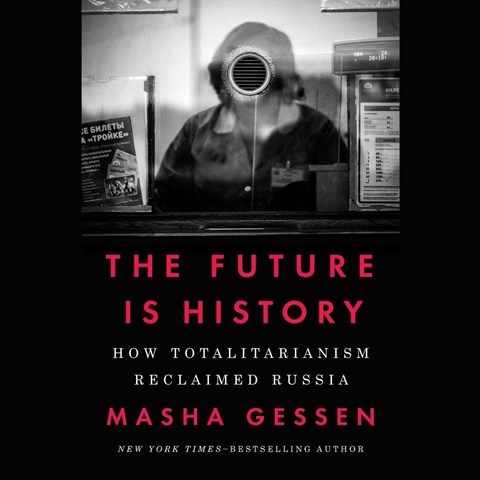 THE FUTURE IS HISTORY How Totalitarianism Reclaimed Russia

Gessen narrates her own work in this production, which focuses on four individuals who were born when Communism fell in the Soviet Union. Gessen sees their lives as being illustrative of how the "oligarchic corruptocracy" of the Soviet Union was replaced by an "oligarchic corruptocracy" of post-Soviet Russia. Plus ça change, plus la mème chose . . . Gessen, a native speaker of Russian, has spent many decades in the West, and her Russian-accented English is not as heavy as some might expect. Her delivery is clear and easy to understand, though somewhat staccato. Her enunciation is quite good. Although Gessen's reading is not all that expressive, it's not monotonous. This is a somewhat long production, but those who are interested in Russia will want to listen. M.T.F. © AudioFile 2017, Portland, Maine [Published: NOVEMBER 2017]