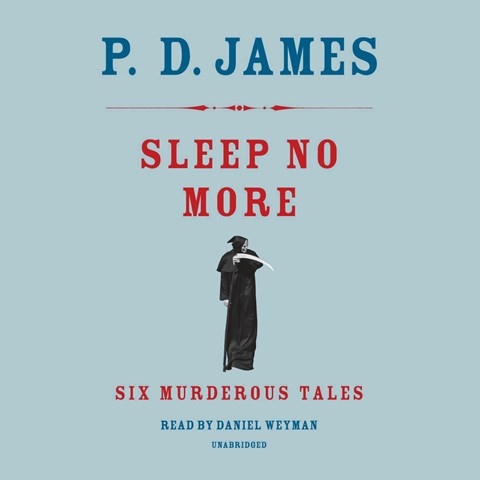 Narrator Daniel Weyman is an excellent match for these six short stories written by the late grande dame of mystery, P.D. James, who is known for her ability to tap into the mind of a murderer. Weyman solidly connects the listener to the author's words and, at times, voices a remarkably convincing murderer. Weyman's British accents are easy to listen to, and he describes British settings vividly. With subtle but sure vocalizations, he portrays a variety of characters, including one who rationalizes killing “Santa” and another who happens upon a yo-yo in his old age and remembers a murder years earlier. Listeners will be guessing who the villain is until the end of each story. An engaging performance. L.M.A. © AudioFile 2018, Portland, Maine [Published: JANUARY 2018]