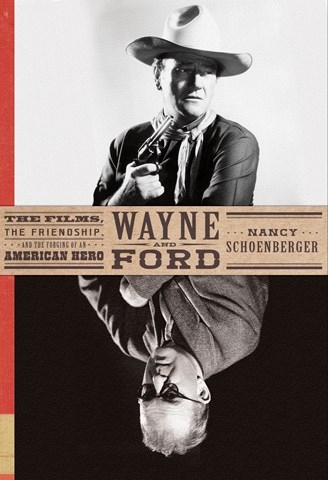 WAYNE AND FORD The Films, the Friendship, and the Forging of an American Hero

Schoenberger mines the close yet turbulent friendship and creative relationship between actor John "Duke" Wayne and "man's man" film director John Ford. Narrator Kimberly Farr maintains a measured tone and pace in her thoughtful narration. The work includes heavy doses of theorizing on the creation and maintenance of American values through film. The heart of the volume features criticism of masculinity and culture that occasionally veers toward the pompous and overblown. Make no mistake, the creative chemistry of the two principals--resulting in such beautiful screen efforts such as THE QUIET MAN and SHE WORE A YELLOW RIBBON--is well explored and chronicled. One must accept the didactic parts to enjoy the creative insights. W.A.G. © AudioFile 2017, Portland, Maine [Published: DECEMBER 2017]