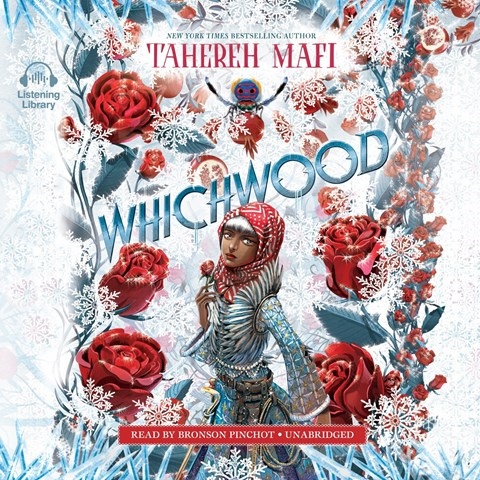 Employing a beautifully rhythmic tone and exquisite pacing, Bronson Pinchot reprises his role as narrator in Mafi's dark companion to FURTHERMORE. Pinchot charts the macabre tale of Laylee, a 13-year-old mordeshoor, the last of her kind, who washes and prepares the dead for their journey to the next realm. Worked to the point of collapse, suspicious Laylee spurns assistance from young strangers Alice and Oliver (those familiar with the earlier book will remember these two), leading to disastrously bloody results. While the vocal choices for the two mothers in the story can be jarring, Pinchot's impeccable timing and artful inflections perfectly suit the rich, descriptive text. Listeners will cheer the suggestion that another glimpse into this magical world may be forthcoming. S.G. Winner of AudioFile Earphones Award © AudioFile 2018, Portland, Maine [Published: FEBRUARY 2018]