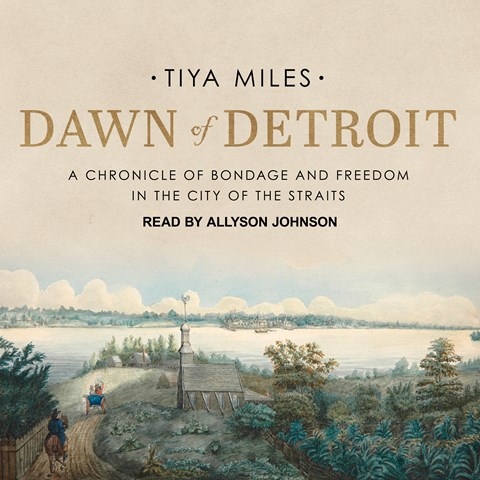 This surprising, fascinating audiobook will reorder the belief system of anyone whose knowledge of slavery stops at the Mason-Dixon line. Before Detroit was against slavery, it was for it. The involuntary servitude of blacks and Native Americans during Detroit's founding and development is author Miles's compelling subject. Narrator Allyson Johnson contributes greatly with her nuanced performance. A few of the accents she employs for real-life characters might have been better left on the cutting-room floor. But, overall, her performance is notable for its liveliness, and this audiobook is well worth a listen. G.S.D. © AudioFile 2018, Portland, Maine [Published: FEBRUARY 2018]