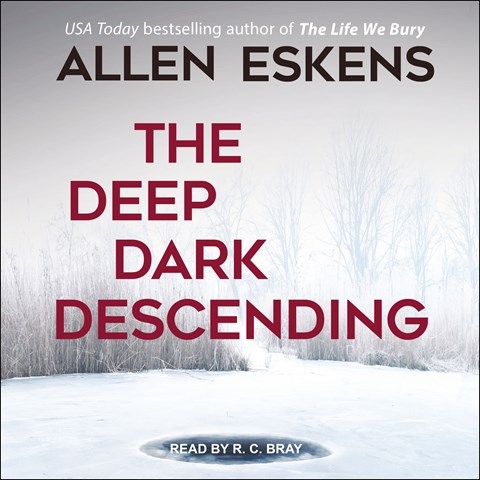 R.C. Bray is the perfect narrator for this dark story of grief and revenge. Homicide detective Max Rupert never believed his wife's death was an accident, and after four years of grieving, he received a recording of a phone call in which the speakers are planning her murder. The action alternates between the days immediately preceding this revelation and the present, in which the man behind her murder is now Rupert's prisoner. On a frozen lake on the Canadian border Rupert can decide his fate. Bray imbues the descriptions of Rupert's moral and physical struggle with tension, pain, and fatigue. Will Rupert be defeated by the cold before deciding to kill or exonerate his prisoner? Can he find redemption if he survives? C.A.T. © AudioFile 2017, Portland, Maine [Published: NOVEMBER 2017]