Home»Reviews»THE WEIGHT OF IT ALL 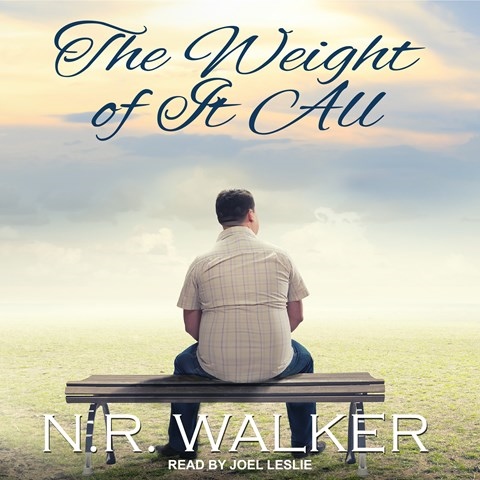 THE WEIGHT OF IT ALL

When Henry's boyfriend dumps him for being too fat, Henry joins a gym and meets personal trainer/Greek god Reed Henske. Narrator Joel Leslie pushes all the right buttons with this Australian import. His baseline voice for Henry is slightly panicked, and during Henry's gym sessions he delivers Henry's tortured quips with snort-out-loud humor. Leslie makes Henry seem both authentic and petrified to let people know his real self, which will give listeners tons of empathy towards Henry's self-esteem issues. Reed has a deep, lazy Australian drawl mixed with an adorable sweetness that will have listeners falling in love with him along with Henry. Those who lose count of the number of times they say "Aww . . ." during this audiobook are not alone. C.A. Winner of AudioFile Earphones Award © AudioFile 2018, Portland, Maine [Published: JANUARY 2018]