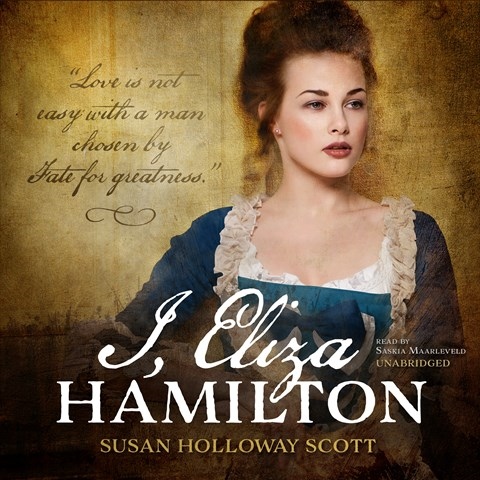 In this thoughtful in-depth audiobook, Eliza Hamilton recounts her life as she first meets Colonel Alexander Hamilton; becomes his wife; stands by his side during glory, scandal, and controversy; and watches him die. Narrator Saskia Maarleveld reads the account with a quiet dignity perfectly suited to Eliza's strong character. Maarleveld's engaged narration will sweep the listener back to the turbulent beginnings of our nation. Her pacing is calm, and her voice subdued, yet she never allows the accurate historical details to become dry. The story of Hamilton is becoming well known, and this fresh feminine perspective adds to the intrigue of one of our Founding Fathers. M.M.G. © AudioFile 2017, Portland, Maine [Published: DECEMBER 2017]