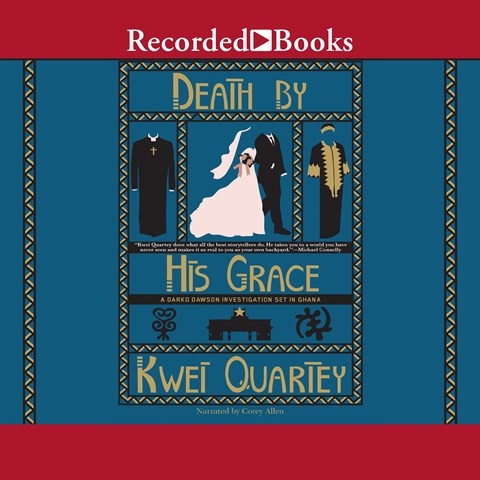 A fine narrator of audiobooks mostly set in America, Corey Allen sounds stilted in this latest Inspector Dawson mystery, which takes place, as usual, in Ghana. The story, which is slow to start, involves the murder of a sympathetic new bride who has not been able to produce children. Was she killed by her hidebound husband? The mother-in-law who never liked her? By some form of witchcraft, in which that mother-in-law fervently believes? These are all interesting questions that generally carry the listener over the less-than-fluid writing and the narration, which is too full of pauses between words and often seems to try too hard to echo the vocal rhythms of North Africa. A.C.S. © AudioFile 2018, Portland, Maine [Published: JANUARY 2018]