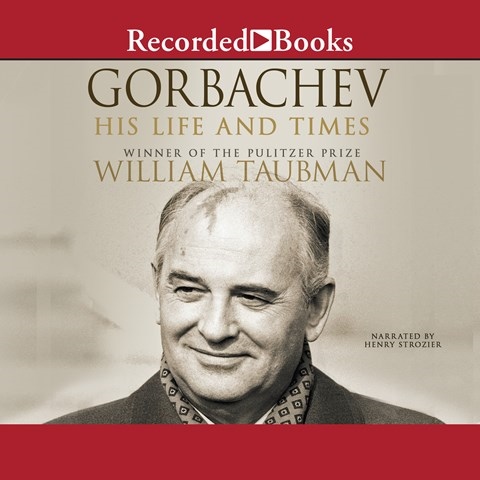 GORBACHEV His Life and Times

This long and quite detailed biography of the last leader of the Soviet Union goes against the trend of British narrators for histories and biographies on all matters Russian. Henry Strozier has a deep, gravelly American voice that does well in reading this portrait of the man who presided over the demise of the once extensive Soviet Empire. His reading is suitably expressive but laid-back in tone, and he doesn't change his voice for the many quotes. The production is long, and there are those who may be daunted by the prospect of devoting 32 hours to Gorbachev. But those who persevere will most likely find this biography worthwhile. M.T.F. © AudioFile 2017, Portland, Maine [Published: DECEMBER 2017]