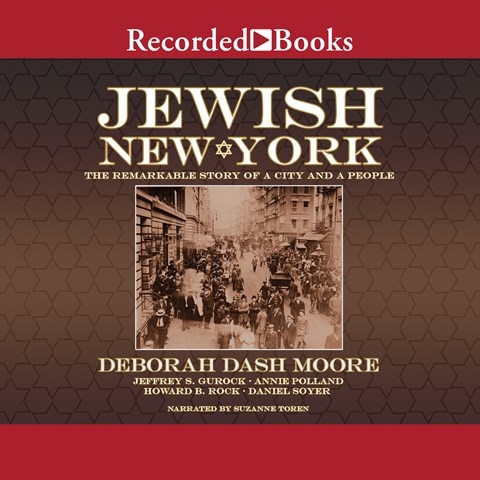 This historical overview of the Jewish influence on one of the world's greatest cities charts the dramatic contributions of this important ethnic group. Narrator Suzanne Toren's intelligent performance brings just the right objectivity to the work. Covering three centuries, the story begins as the Jews are forced out of Spain during the Inquisition. The diaspora sees the Jewish people spread across the world. The eventual arrival of Jewish immigrants to the shores of New Amsterdam, their subsequent struggles to be accepted, and their additions to the bustling urban hub are carefully chronicled by Moore and made significant by Toren's indelible narration. From the garment district to the theater district, from the publishing industry to social activism, the influence of Jews on the city of New York cannot be underestimated. S.J.H. © AudioFile 2018, Portland, Maine [Published: MARCH 2018]