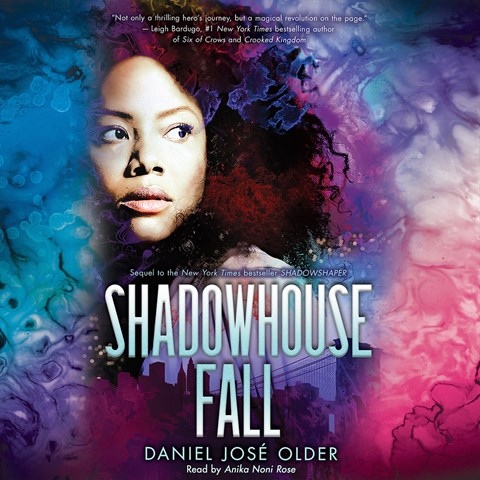 Narrator Anika Noni Rose casts her own shadow magic as she reunites with newly minted shadowshapers Sierra Santiago and her family and friends. As the teens explore their nascent powers, they unite to face social issues affecting their Brooklyn community, such as police harassment. A girl connected with the Sorrows appears with a cryptic message about a potent item called the Deck of Worlds. The reality of how much they still don't know about the deadly power struggle they're enmeshed in hits hard and leaves them with few trustworthy allies. Rose exudes their hope, anger, and exhilaration. Listeners will eagerly anticipate the next installment. J.R.T. © AudioFile 2017, Portland, Maine [Published: DECEMBER 2017]