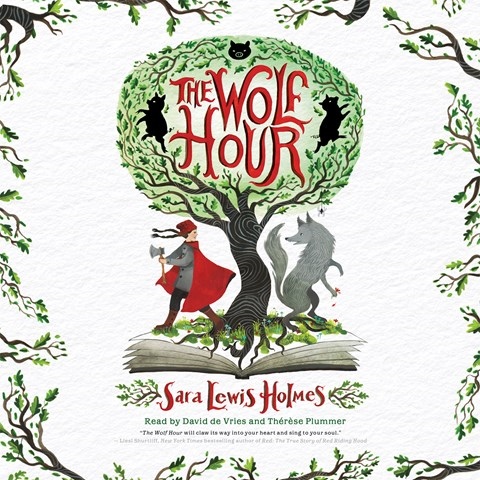 The narration of this audiobook is spectacular. Thérèse Plummer brings power, venom, and precision, and David de Vries demonstrates equal power, along with warmth and humor. They transport listeners into the Polish Puszcza--a forest cold, dark, and full of magic. And wolves. And stories. Young Magia desperately wants to follow the footsteps of her woodcutter father into the Puszcza, but how can she without becoming part of the forest's magical web? Plummer and de Vries alternate the narration. Plummer delivers the narrative as well as portraying Magia and Miss Grand, a manipulative witch. De Vries crafts intriguing vocal personalities for the wolf and the three pigs. While the story has many magical threads and altered folktales to keep in mind, the vivid narration will make following the characters a joy. A.R. Winner of AudioFile Earphones Award © AudioFile 2018, Portland, Maine [Published: JANUARY 2018]